As stated, some things cannot be properly articulated into words, but if you have ever spent time in Kyoto, you will understand what this actually means. Of course, there are many beautiful places throughout the world, and beauty has varied meanings, but let me talk about beauty as a general theme, a feeling one experiences rather than something as astounding as Niagara Falls.

In Uptown Kyoto we find the intersection of two Kyoto rivers, the Kamo and the Takano. Starting at the middle of this fork we walk north for only 5-10 minutes and appearing before us is the forested in Shinto Shrine named Shimogamo. Shimogamo Jinja Shrine is one of Kyoto’s many UNESCO World Heritage Sites.

Shimogamo is the older of a pair of Gamo Shrines (Kamigamo being the younger one, located further north), being believed to be 100 years older than Kamigamo, and dating to the 6th century, centuries before Kyoto became the capital of Japan in 794.

This is a title

The entrance to the Shrine is especially impressive as you immediately enter a massive forest containing any number of trees including some behemoth old growth ones. The shade produced keeps you cool in summer and cozy in winter. The entranceway continues a few hundred meters north through the forest until arriving at the large vermillion orange main Torii gate, indicating the entrance to the main part of the Shrine. 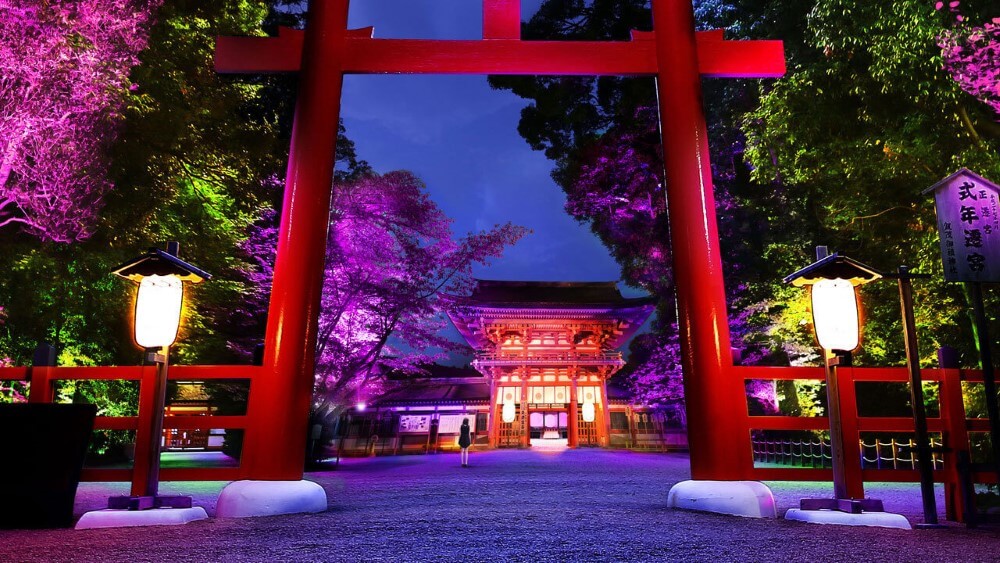 A week or two before new year’s eve Shimogamo Shrine displays a large rendering of the next year’s animal sign. Japan has adopted the custom of applying the Chinese Zodiac, known as Sheng Xiao, based on a twelve-year cycle. Each year in the cycle relates to an animal sign, so this year we see a large painting of a pig, whereas last year it was a dog. This decoration is always made to match some part of the Shrine’s environment, and is an eye-catcher especially for families and kids visiting here on January first, which is a New Year’s tradition in Japan, in order to pray for a healthy and prosperous New Year.

As typical with many Shinto Shrines, upon entering the Shrine grounds various structures are found. In the case of Shimogamo Shrine, just east of the main praying area beyond Taikobashi bridge, there is an additional mini-shrine named Mitarai Shrine. Sold here are yearly fortunes (Omikuji) that can only be read when dipped in the stream water flowing under Taikobashi bridge, as invisible ink is used for all fortunes (English language translations of the fortunes are available in the shop beside Mitarai Shrine). Here in this quiet locale, one can sense the years of history emanating an ever-present tranquility amidst the forest, shrine buildings, and soft breeze flowing through. 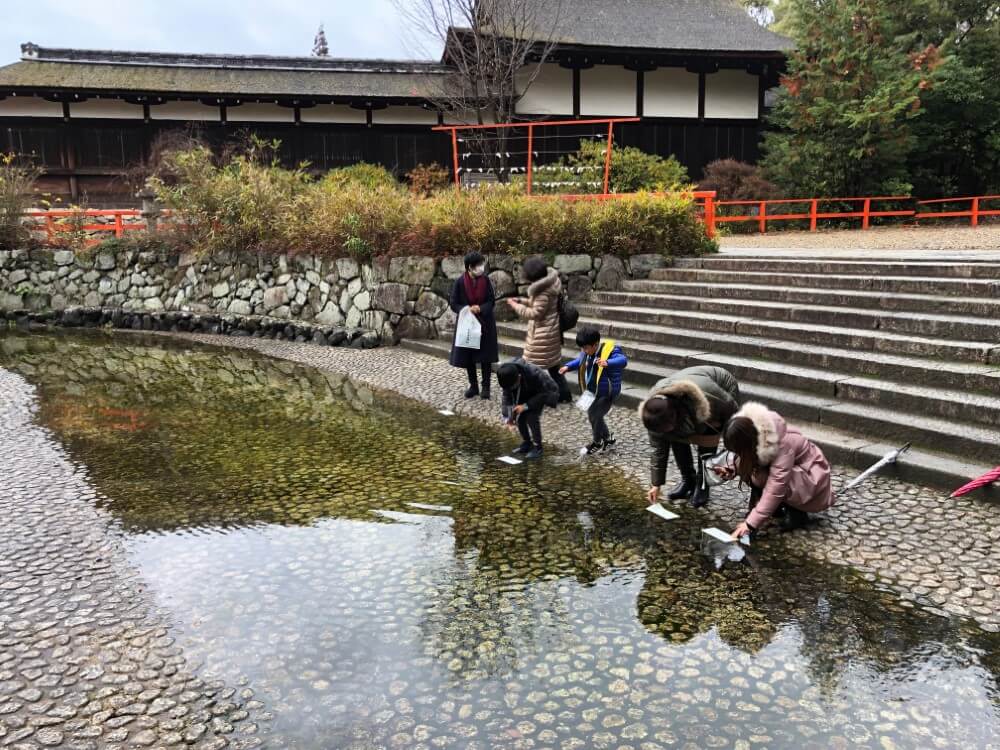